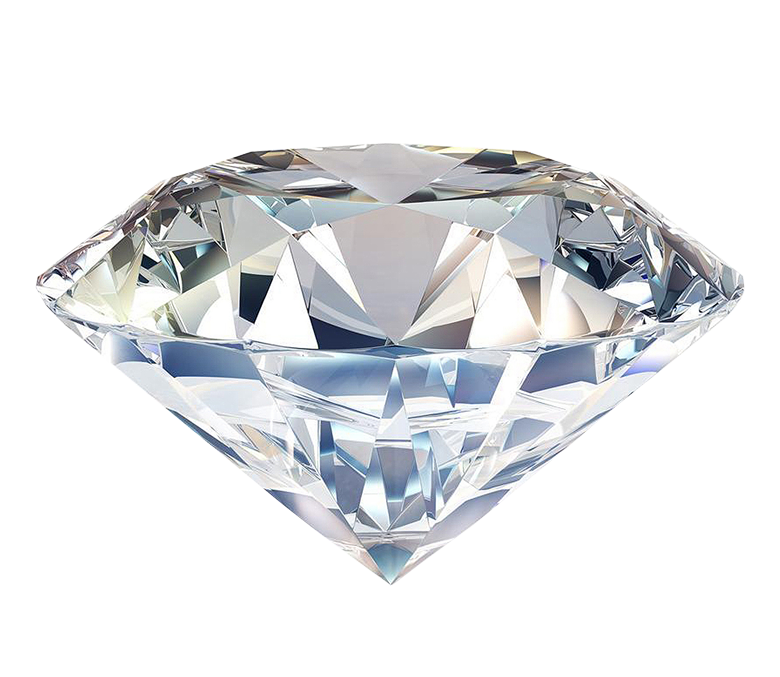 Diamond – from the ancient Greek word adamas (αδάμας), meaning "unbreakable," "invincible," or "unalterable" - is one of the most sought-after and adored precious stones in the world. Diamonds form under high temperature and pressure conditions about 150 kilometers beneath the earth’s surface. They are the hardest material on earth, 58 times harder than anything else in nature. Diamond’s characteristic of hardness and high dispersion of light, makes it suitable for industrial applications and mostly desirable in jewelry industry.

Since diamonds are considered to be exceptional products, multiple organizations have been established for diamond grading and certification, based on four characteristics, the 4 Cs (carat, cut, color, and clarity). Other characteristics, such as presence or lack of fluorescence, also affect the desirability and thus the value of a diamond. In general, the less color a diamond has, the more valuable it is.

Diamonds have been used as decorative items since ancient times; with some of the earliest references traced in India. The most famous use of diamond in jewelry is the engagement ring or solitaire. It became popular in the early 20th century, due to an advertising campaign of the De Beers company. However, diamond rings have been used as a symbol of engagement since the 15th century. 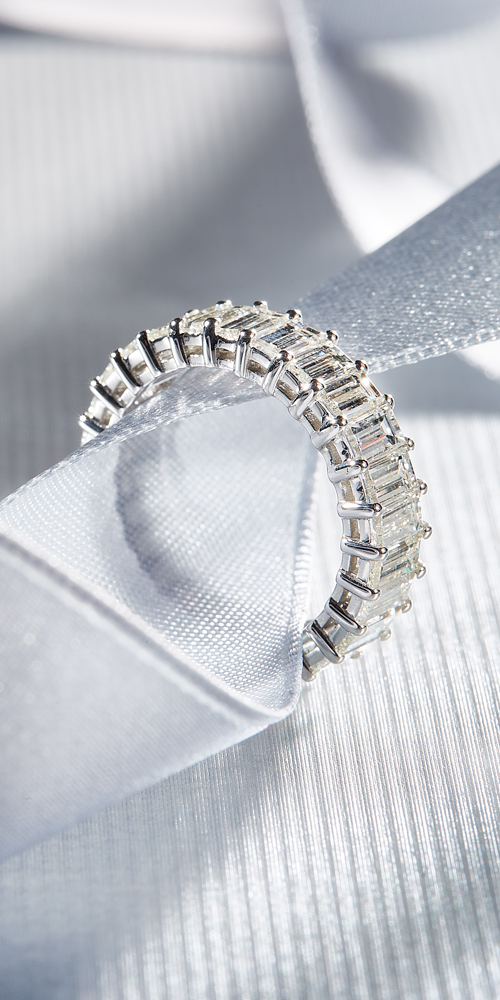 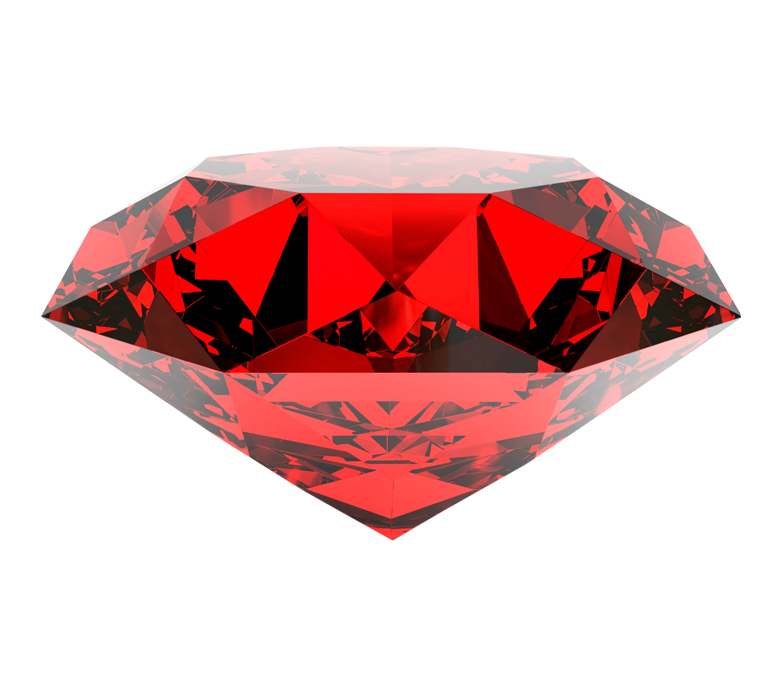 Ruby is a pink to blood-red colored gemstone, a variety of the mineral corundum (aluminium oxide – Al2O3). It is the most valuable variety of the corundum mineral species, which also includes sapphire, making it one of the most important gems in the colored stone market.

The red color is produced by trace amounts of chromium in the mineral. Its name comes from ruber/rubeus, the Latin word for red. Other varieties of gemstones from corundum are sapphires. Ruby is considered one of the four precious stones, together with sapphire, emerald, and diamond.

The prices of rubies are primarily determined by the color. The brightest and most valuable "red" ruby, called pigeon blood-red, can be found in Myanmar (formerly Burma). Next to “color”, “clarity” is the other important characteristic that determines a ruby’s value, just like in diamonds. A ruby without having any needle-like rutile inclusions may indicate that the stone has been processed. This is common practice in order to give rubies and sapphires the desirable hue. Finally, cut and carat (weight) are also important characteristics in determining a ruby’s price. 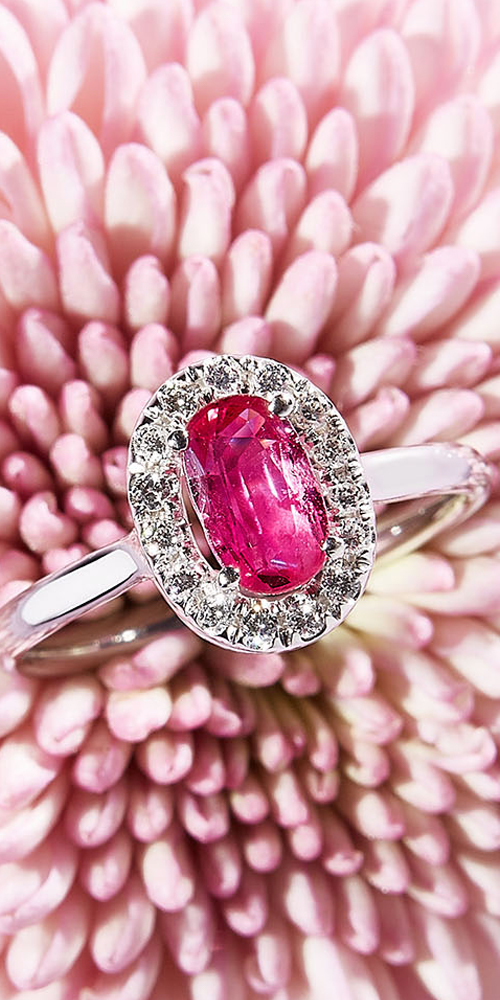 Emerald is a variety of the mineral beryl. It has green color, due to the amount of chromium - and sometimes vanadium - it includes. Beryl has hardness value of 7.5–8 on the 10 point Mohs scale, used for the evaluation of mineral hardness. The word "Emerald" is derived from the Vulgar Latin word esmaralda/esmaraldus, a variant of the Latin word Smaragdus, which originates from the Greek word “σμάραγδος” (= green gem).

In gemology, color consists of three properties: hue, saturation and tone. Emeralds have hues ranging from yellow-green to blue-green, with green being the primary hue. Yellow and blue colors are considered to be secondary hues of emerald. The finest emerald has tone approximately 75%, on a scale where 0% tone would be colorless and 100% would be opaque black. Finally, saturation gives the characteristic of brightness in the stone. 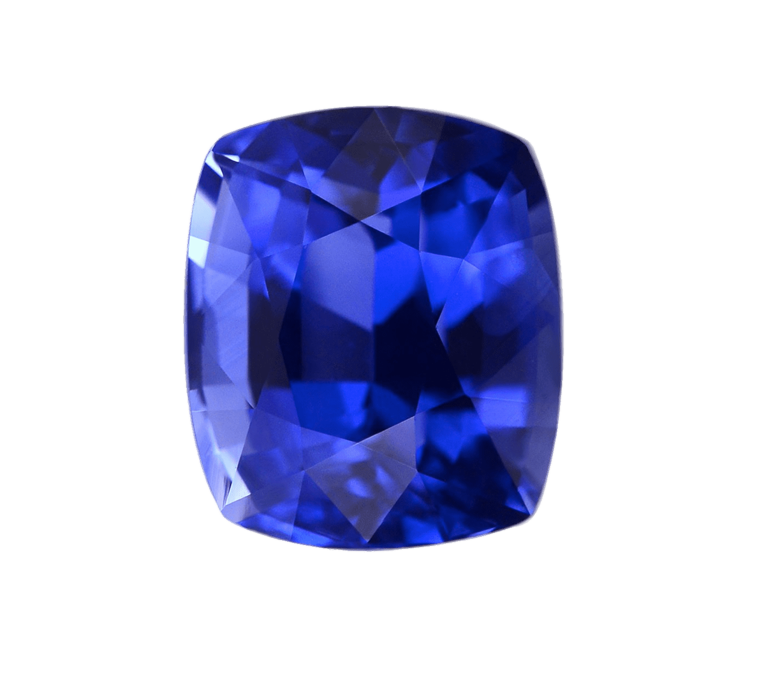 Sapphire is a gemstone variety of the mineral corundum, an aluminum oxide (Al2O3). Trace amounts of other elements such as iron, titanium, chromium, copper, or magnesium give corundum blue, yellow, purple, orange, or a greenish color. Chromium impurities in corundum give a pink or red tone to the stone, from which the latter makes it a ruby.

Sapphires are used in jewelry, they are natural precious stones that can also be used for industrial or decorative purposes, as large crystal boules. Because of their remarkable hardness (9 on the Mohs scale), sapphires are used in other applications, including infrared optical components in scientific instruments; high-durability glass; wristwatch crystals and movement bearings; and very thin electronic wafers, which are used as insulating substrates of special type of semiconductor electronic devices (integrated circuits).

From all sapphires only the blue ones are regarded as precious. 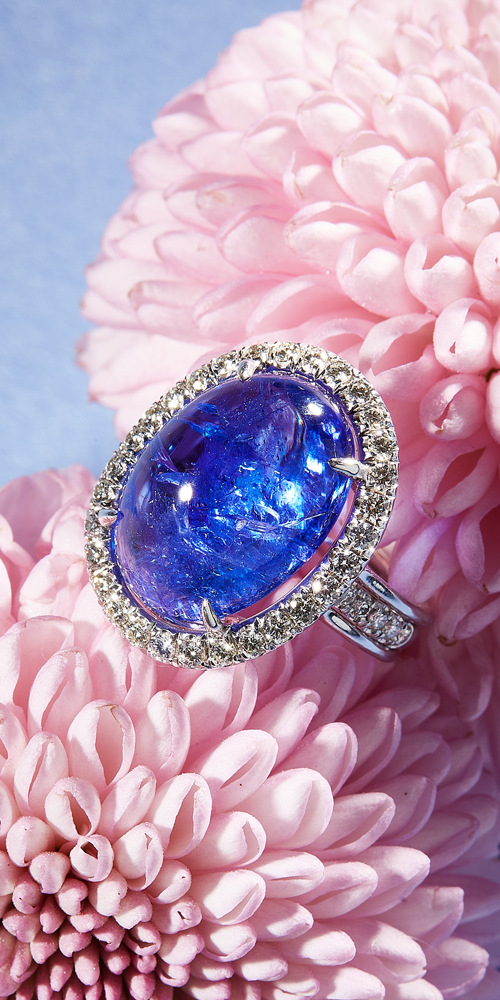